It was my mam’s birthday today, so I made a cake to celebrate. I chose the classic Victoria Sponge Cake, partly due to a range of dietary restrictions. Even so, I think it’s hard to beat a nice plain sponge with jam and too much buttercream. I used the recipe available on the BBC Good Food website. I was using large eggs, so I only used three and a half. I didn’t want an eggy sponge. 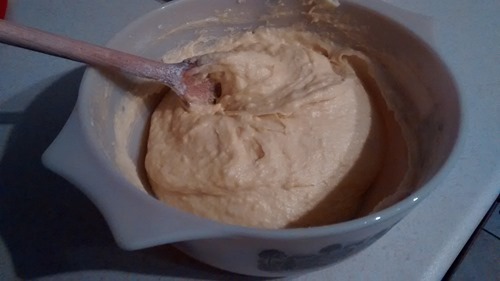 The mixture comes together nicely, especially if you cream the butter and sugar together first. Sifting the flour made the sponge nice and light.

I didn’t have two 20cm tins, so I just baked this all together. The only problem with this is that the outside can get overdone, especially the top. I turned the temperature down by twenty degrees after the first twenty minutes, and covered the top with some baking paper. After twenty more minutes at 170, the cake was nicely cooked through. I left it to cool (the most annoying part!) and then cut it. 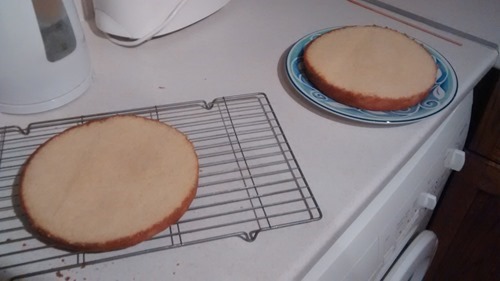 I made almost double the buttercream so I could fill and ice the cake. I daresay you could do some more adventurous decorating on top of the buttercream, but I just used candles. 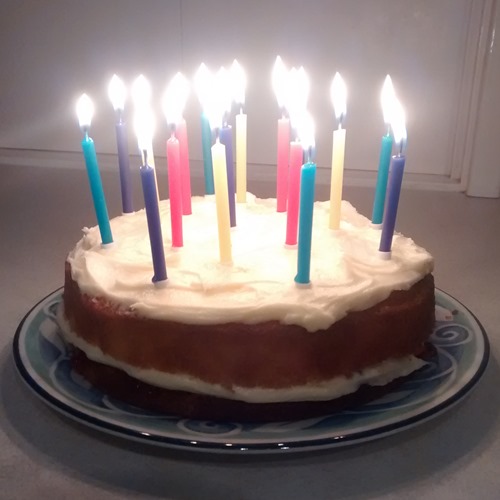 You can’t knock a classic. Even if it is a bit wonky. 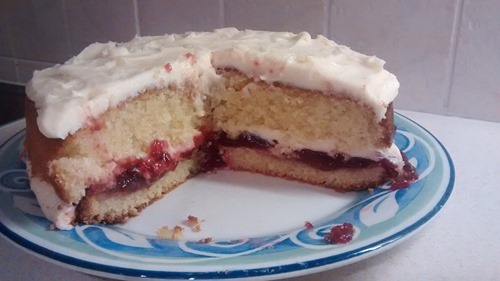 I made a lemon cake in between making a Sachertorte – why have one cake when you can have two? The recipe I used for the cake part itself was this one from Delia’s site. I wouldn’t use it again, mainly because it results in hardly any cake!

To make it lemony, I added the zest of one lemon, chopped as small as I could make it.

After I made the cake I split it through the middle and added some lemon drizzle to the cut side of the bottom half. The drizzle is just lemon juice and sugar, use the juice of 1 lemon and about 60g caster sugar. Mix it together and dissolve as much of the sugar as you can. I juiced the lemon I’d zested and made up some drizzle – I reserved a few tablespoons of juice for later. The important thing to remember with the drizzle is that it’s quite potent, and you don’t want to totally soak the cake as it’ll just fall apart. Just use a couple of tablespoons on each half for a thin cake like this one.

I also made up some lemony buttercream – a basic recipe can be found on the BBC website. I stuck a little bit of lemon juice into it as well, just for the sake of completeness. I only added about a teaspoon at a time and tasted it before adding any more. Also, I used caster sugar because I didn’t have icing sugar.

Once this was done, I spread a generous layer of lemon curd on one of the cut sides of the cake, and buttercream on the other. I always find it easiest to put icings and fillings in the centre of the cake and then push them out towards the edges. If you pull the icing back (especially from a surface of cut cake) you end up dragging crumbs up and potentially damaging the cake. Leave a quarter inch or so around the edge of the cake to stop it from squishing out of the edges when you make the sandwich.

After sandwiching the cakes together, I pierced the top of the cake with a skewer a few times and added the drizzle to the top, which is why it looks shiny in the pictures. I chucked on a bit of lemon zest to make it look a bit prettier!

If you’re looking for a good lemon cake, I’d definitely recommend the lemon drizzle cake on BBC Food. You can always cut it in half and put fillings in that one if you’d like to!

I decided to make a Sachertorte for Rene’s birthday. I followed the recipe from Mary Berry on BBC Food. Though I’ve not made this before, I followed the recipe to the letter and it worked out really well. I don’t normally use electric mixers when I’m baking – partly because I can’t be bothered washing them but also because I like the satisfaction of making things “by hand”. This doesn’t extend to hand-building an oven.

The trickiest part of the recipe for me was getting the egg white to the right consistency and then folding it into the chocolately mixture without completely deflating it. The bubbles in the egg white are the only raising agent in the cake, if you can call them that.

Once the batter was in the oven I could get the washing up done! When it came out it was cracked around the top and had risen to a mound shape around this crack. I was really worried about that at first but in the end it deflated again. The crack would be covered by the ganache icing anyway.

Speaking of ganache, I think it might be my favourite cake topping. It gives such an impressive look for the effort you put in. It’s just two ingredients – chocolate and cream.

All you need to do is heat up the cream until it starts to emit steam, then stir in the chopped chocolate off the heat. Eventually you end up with a really, really shiny chocolate-cream goo. Which is utterly delicious.

You can work with the ganache at various stages. As it cools it thickens, and you can pour it over a cake to get a mirror-shine finish like below.

The ganache can also be left to cool further and spread with a palette knife, as the recipe above suggests. Even more fun – you can refrigerate it and make truffles by making small pieces using a melon baller or two spoons, and rolling them in cocoa powder. I made some balls of leftover ganache and used them to decorate the cake after I’d taken it to work.

Transporting this on the Metro was slightly hazardous, but it all worked out in the end and Rene approved of its authenticity!

An interview with the Great British Bake Off team that a friend posted on Facebook gave me a kick into the kitchen today. As Terri is writing an essay at my house I thought it would be nice to provide a sweet treat as well. I have often used recipes from Sue Lawrence’s Book of Baking and have found them to be absolutely fantastic. I adapted this recipe today and had an attempt at individual cakes rather than the standard sandwich cake. I made the mixtures for the Chocolate Lemon Meringue cake as usual, but added six Terry’s Chocolate Orange segments roughly chopped into chips. I also ran 15g short of cocoa and left out a little milk to compensate. I didn’t make the mixtures one after the other, but made the cake mix up to the point of adding the flour, then made the meringue and quickly finished off the cake.

I didn’t want to lose any of the action of the raising agents in the self-raising flour by setting them off too early – I was making my meringue by hand so it took a while to whisk up the eggs. I put the cake mix into the muffin cases and pushed down the mixture, spreading it as evenly as I could.

The cake doesn’t usually spread or rise a great deal, so it’s important to get it roughly level so that it cooks through evenly. Next came the meringue tops, which looked absolutely huge in comparison to the tiny spoons of cake!

They went into the oven for 20 minutes. As I write this post they’re still in the oven, so the verdict has yet to be reached!

After 20 minutes at 170 fan, the meringue tops were browned and hardened, but the cakes had risen a lot more than I had expected and were still quite wobbly! I tented the tray with foil to keep the direct heat off the meringue tops and stop them catching, and lowered the oven temperature to 150 fan.

After 10 more minutes they came out, and the cakes were done. The balancing act with times hadn’t quite gone right, as the meringues weren’t cooked through, but we ate them anyway. Overall, the experiment was fairly successful – we ended up with edible cakes. However, a lot more tweaking is necessary to get the balance right. In this case, both the cakes and the meringue were much deeper in the cake cases than they are when they are in sandwich tins, so the cooking time definitely needs to increase, but at the same time, I don’t want to burn my meringues into oblivion – burnt sugar does not taste good! I think cooking for a longer period at a cooler temperature would be the key – either that or just make the sandwich cake because you can fill that with whipped cream and raspberries.

On the evening there was a knock at the door and Mohan arrived with a birthday cake for Naveen, a little while later Sellappan came back with Mohan, and we took the magic relighting birthday candles, a bottle of wine which we’d wrapped, and the cake along to Naveen and Ashwini’s place. Mohan went home.

When we got there the lights were off and everyone had gone to bed! The light clicked on and Ashwini invited us in. Naveen got up too and Naveen’s mam was also visiting for his birthday. Sellappan unwrapped the cake and stuck the candle in between the piped “Happy Birthday Naveen” on top of the eggless sponge. We sang Happy Birthday in a range of keys and Naveen blew out the candle, which relit several times before Sellappan revealed the joke.

We got through a good bit of cake and took pictures before leaving Naveen’s clan to sleep in peace. 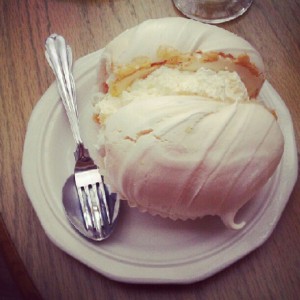 Arbroath is a small town by the sea in Scotland. Among other attractions, it has a spectacular coastline and clifftop walk. On a recent visit to Arbroath I was lucky enough to be treated to tea at Sugar and Spice Tearooms. If you didn’t know that the tearoom was there you’d be forgiven for missing it, as it is tucked in the back of the sweet shop of the same name. Once inside, the tearoom offers a traditional style and a comfortable place to sit, along with a conservatory which is beautiful in the late afternoon sunshine.

The portions are ample, and I went for the self-proclaimed “GINORMOUS Meringue”, which definitely lived up to its name. The whole thing was probably the size of my head, and I certainly appreciated the help I had in finishing it. It was fantastic, and you certainly aren’t left feeling hungry. I wouldn’t recommend attempting it alone unless you can handle a lot of whipped cream and sugar!

I was also impressed by the range of cakes and treats on offer. There was a reasonably-priced cream tea and a high tea was also on offer. The scones were equally impressive – huge – and there were plain, fruit and “special” scones on offer. I tasted the apple and cinnamon scone and it was unusual, but very tasty.

Given the atmosphere, the quality and the prices, Sugar and Spice Tearooms offers fantastic value for money, and I will definitely visit again.

You can find out more about the tearooms, as well as the adjoining sweet shop on the Sugar and Spice website. 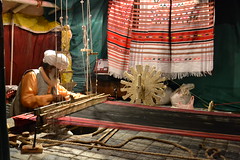 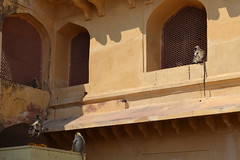 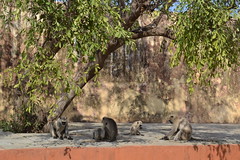 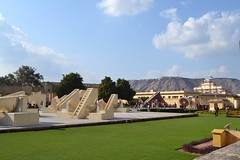 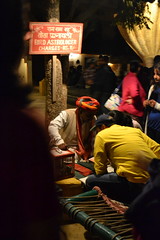